On Self-evaluation, Values and Cultural Associations

On Self-views and values 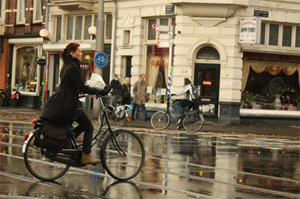 On cultural networks of associations

Another very important investigation was to test whether bicultural individuals conditioned in the one or the other culture are able/willing to reproduce associations of a certain concepts as they were defined by mono-cultural default groups (see bellow). For example with what ideas  you connect ‘working hard”

of In the context of Europe we have chosen to test Biculturalism  among adult individuals originated from a South European culture (Greek ), but  had  lived at least five years in the Netherlands . Similar experiments have been conducted in the U.S.A.  testing American-Asian biculturalism.

There were however significant variations that were  explained by important individual factors, for example, how strongly one appreciate his Host society Identity (Dutch) or  his origin Ethnic identity, how strongly feels conflict between the two cultures, or the strategy one adopt towards the host culture (e.g., integrate, assimilate, separate or marginilise self). These individuals factors can change significantly the cognition and behavior patterns and even produce ‘reverse’ to the active culture behavior.

Native Dutch individuals (in the Netherlands) and Greek ones (in Greece) were also employed as control groups to qualify the respond patterns of the biculturals.

Our current workshops: We enrich our workshops with our scientific findings and set up a variety of situations  so that participants can to test and train their potential multi-cultural competence in various domains

Findings of our research have been published in our scientific publications

and presented in international conferences or discussed in other organisations and universities.