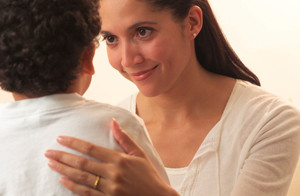 It is widely known, that parents and educators often differ in the way they stimulate children to succeed in tasks. This difference stems from diverging cultural orientations, and more specifically, on how people in different cultures understand the ‘right’ person.

Amy Chua, in her book ‘Battle Hymn of the Tiger Mother ‘ a bestseller on the New York Times list, as well as in the U.K., Germany, Korea, Poland, China, Taiwan and Israel, claims that the strict “Chinese” way she raised her two daughters in the United States makes children excel. She calls herself ‘tiger mother’ and admitted that she would forbid computer games, watching TV, play-dates with friends unless her kids get no less than straight A’s. This didn’t always go down smoothly with her kids. Moreover, the whole process demanded strong commitment and endless efforts from her side too. She recalls sitting together for hours and hours with her 7 years old daughter Lulu, until she would flawlessly play a difficult piano piece or have perfectly mastered a maths assignment. Although resistance from Lulu’s side was pretty heavy, the long-term results were spectacular. Both daughters enjoy the highest professional status and, contrary to how a Western mind might think, also enjoy a close and tight relationship with their mother.

Asians, score highest in school performance worldwide. Also in the Netherlands, distinguished Asians have publicly attributed their success to an authoritarian parental style and to their feelings of duty towards their parents with whom they also keep close relationships.

The criticism and personal-driven way

It is apparently also well known that this type of approach is heavily rejected in WEIRD (Western, Educated, Industrialized, Rich, Democratic) societies. It is claimed that it causes resentment to learning, paralyzes one’s self-confidence and harms the autonomy of the individual. Children should instead be encouraged to rely on themselves and be self-driven in promoting their personal goals. The best approach to learning is through intrinsic and personal motivation.
To this end, the Dutch expression ‘jij moet het zelf weten’ (you should know by yourself) said steadily to children when they are to make choices, is very characteristic. The message is clearly self-reliance and autonomy but, through detachment from the ‘other’ person, no matter if that ‘other’ is your own mom, dad, brother, a friend or teacher. When children try in this direction, the reward in the style ‘I am so proud of you’ follows. That aspect of ‘detachment’ that sets critical boundaries between individuals and emotional distance is what in less-WEIRD cultures is absolutely not wished. In cross-cultural comparative studies, ‘emotional detachment’ has been found to be one of the most conflicting differences.
WEIRD cultures thus inform a self-driven belief that is empowered with personal freedom and not with feelings of obligation. Less WEIRD societies, on the contrary, prioritize harmony in relationships, where feelings of obligation and meeting the expectations of close-others are fundamental.
Yet, naturally, all parents want their kids to grow up happy and self-reliant. Since either style proves to be effective, there is no wrong or right way.

Interesting enough, in present-day societies, important variations based on either cultural orientation emerge. The cultural psychologist Qi Wang, who investigates culture in child development, has shown that Chinese in the United States stimulate their kids to become self-reliant, but simultaneously inspire a strong filial piety (meeting expectations of parents, treating them with respect and taking care of them when they get old). Kim, Wang and other (2014) have also shown that, although the ‘tiger’ style is indeed applied, it is no longer the most common approach among middle class Asian-Americans. They have instead adopted the ‘supportive’ style, which, may not be free of feelings of obligations but is mainly characterized by warmth, parental monitoring and efforts of persuasion.,
In the European context such differences in inspiring motivation are not absent. We have found that children 8 to 11 years old in the South (Greece) were significantly more willing to show respect for, and do what their parents tell them, compared to their counterparts in the Netherlands. It is important to add that the children in these two countries did not differ in how positively they evaluate their ‘I’ feeling or their self-esteem.

Implications for parents and teachers

Living in a society where the established motivational style clashes with the one from your own culture can be difficult. Devoted parents, especially those coming from less WEIRD cultures, often feel uncomfortable with the gap between their own ways to stimulate motivation in their kids and the ones applied for example, at schools. Here, intercultural awareness and communication between all involved parties is an absolute ‘must’, especially for those working at international or multicultural schools, where diverse cultures co-exist and work together. Fortunately, culture comparative research has provided us with the tools, the methods and the theories to identify, face, and even benefit, from these differences.